What if Earth’s terrain was created by nighttime lights?

Recently I worked on a 3D JavaScript mapping experiment where the luminance of light emissions captured in satellite imagery raises and sculpts new mountain ranges across the globe.  Brighter areas become high peaks, while darker regions flatten into valleys and plains.

Note: This post could have been written in puns alone, but I’m going to hold myself back from that and try to be a good person.  But I mean if you want me to shed some *light* on the situation and step out of the *shadows*, this wasn’t a *night*mare to make…

Another note: I believe Sarah coined the term “mountains of light“.  I like it, thanks!

Here’s the general workflow of how the code works:

This is a view of northern India, the Himalaya, Nepal, Bhutan, and the Tibetan plateau with our fake mountains at night. 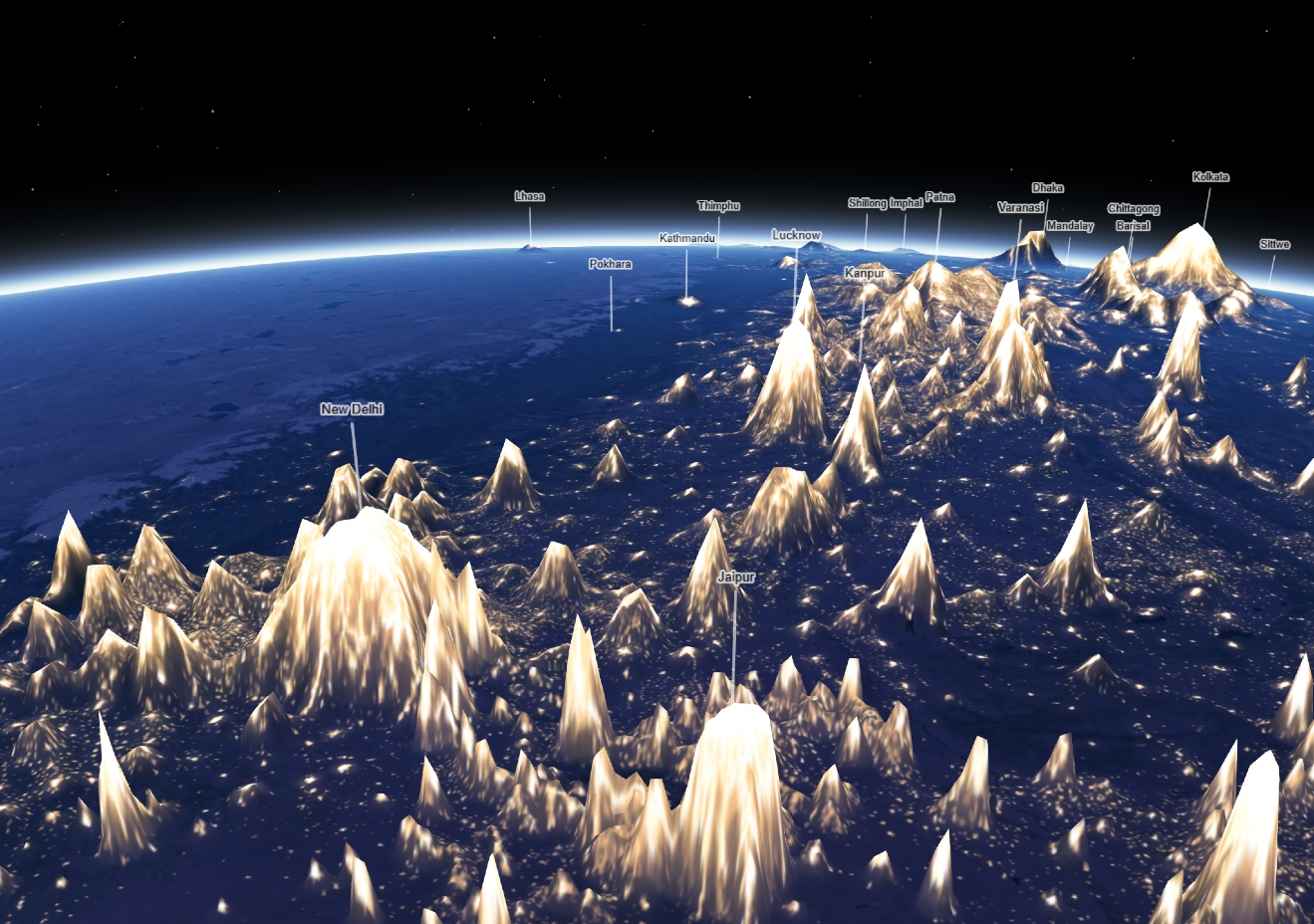 If we drape daytime satellite imagery over this synthetic terrain it is hard not to notice something is a bit off with the Himalaya.  Viewing the Earth this way wasn’t the original intent of the app, but it is fun to look at if you don’t mind the headache.

Not gonna lie, I’m also pretty damn hyped that this JavaScript dataviz experiment made it on to Kenneth Field’s “Favourite maps from 2018” and was also featured on Nathan Yau’s FlowingData and John Metcalfe‘s Washington Post article.  Thank you all very much!

And here’s a bunch of other links to keep you going down the rabbit hole.

A City on a Hill: if terrain height was driven by city lights… and then hillshaded. Some geo-xploration inspired by @JWasilGeo pic.twitter.com/IrP9SeR3tL

Time to shed some light on the situation: explore nighttime lights that define the Earth's "terrain" at https://t.co/fBu63xgwrm

It’s not terrain but luminosity from NASA’s Earth at Night imagery expressed as elevation. This experimental app by Esri’s @jwasilgeo uses the ArcGIS API for JavaScript to make 2D thematic data appear in 3D. Explore the app at esriurl.com/night. For the sample code, visit esriurl.com/elv 🌌

The world's brightest spots visualized as citadels of light: https://t.co/cL3fFV6PX5

*Check out our What’s Your Vote Worth? data viz storytelling to see this effect in action.

Tired of falling down into web maps?

Zooming in, zooming in, and zooming in from outer space down to the Earth’s surface got you feeling sad?

Here’s another idea: demand that geographic features come up to you. Web maps typically require you to zoom in and may give the sensation of “falling down” or “diving in” towards the Earth’s surface. Why not make this everyday interaction become more user-focused?

See the Pen Bring Up State – D3 by Jacob Wasilkowski (@jwasilgeo) on CodePen.

In this JavaScript code sample written with D3js, called “Bring Up State”, we serve—provide, give, deliver—a state polygon that has been clicked on to give it full focus. This is the opposite from expecting your audience to freely zoom in as with traditional web map experiences. This sample goes one step further by fading away the remaining states in the background to alleviate visual clutter and bring attention to the current state. Take a look at the code to see how it is all glued together.

Just click—no need to fly down closer to the Earth—and the visualization will do the heavy lifting of bringing up the geographical feature directly to you. 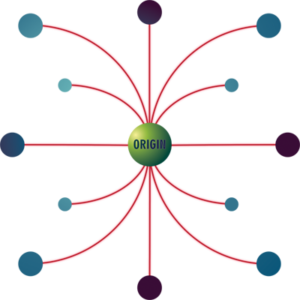