If you visit ESPN’s website, you can find the team rosters for all the NCAA Basketball teams that made it to the NCAA tournament. On that site, ESPN lists the players’ number, position, year, and hometown, among a few other statistics. A couple of my colleagues, Nick Brueggemann and Gregory Brunner, did some mapping with this data. I asked them if I could take their dataset and crunch it a little further. There is a ton more that could be done with this information. And maybe I will someday, but here’s what I have done for now to spatially visualize the NCAA D1 Basketball Tournament team roster data:

I decided to map the women and men athletes’ hometowns as graduated symbols, where hometown sizes are based upon the amount of athletes that come from there. The men and women hometown maps are separated in order to more easily identify the different locations. These maps started out with world city points and labels, but I removed them for the sake of decluttering the visualization. I was able to identify the lat long of the athletes’ hometowns using ArcGIS. I then calculated the distance from each player’s hometown to the city that their team is located; here is a really handy blog post that someone wrote eleven years ago; I often refer to that post when calculating distances between lat long coordinates. Calculating the distance of each athlete’s hometown to their team city allowed me to identify the average recruit distance per team, along with the farthest (and closest) recruit distance. Other than the maps themselves, I haven’t done any visualization for teams on the lower end of the average recruit distance. (Maybe in few days ?) There are a lot of players whose hometown is also the the same as their team’s city. 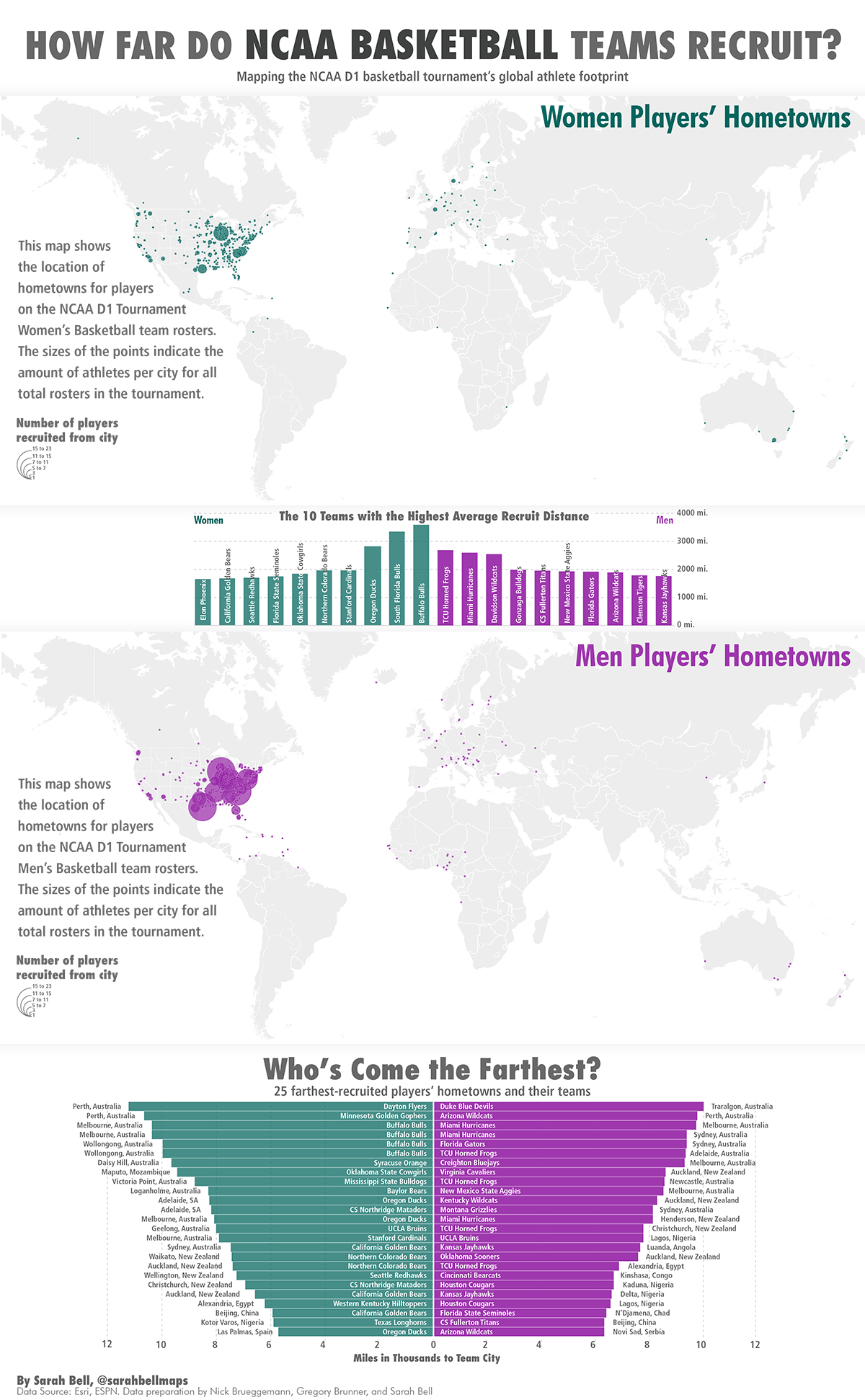